The settlement of Dundonnell is at the head of Little Loch Broom in Wester Ross. It lies in a fertile, flat strath with the river Dundonnell meandering through it.

The area is dominated by the mountain of An Teallach(The Forge) rising to a height of over 3400 ft. within 2.5 miles of the sea.

The whole area was owned by the Mackenzie clan whose lands stretched from east to west coast,in this part of Scotland. 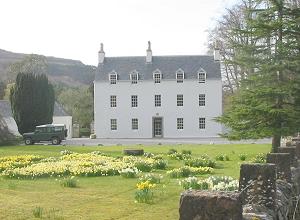 The house, completed in 1769, was built by the Mackenzies of Dundonnell who lived on the vast Dundonnell Estate until the 1940's when the laird of that time, emigrated to Australia and sold his estate.

Subsequently, the house and lands have changed hands four times with the present owner being resident for the last ten years, or so. 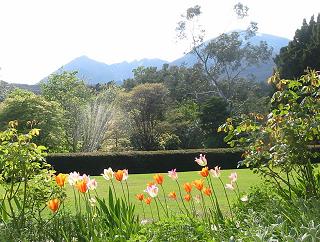 The main part of the garden lies within walls built on sides of a square. The river forms the the southwest side, the house and associated buildings the southeast side.

Up until the end of WW2 the garden would have been largely devoted to growing produce for the house. The high enclosing walls providing both protection from predators such as red deer and a micro-climate for the fruit and vegetables within.

Two major features in the garden are an enourmous Yew tree and a Holly. Both trees are very old. Indeed, the current growth on the Yew has been dated to over 300 years. Both trees are significant in Pagan worship - giving cause to exciting leaps of imagination. 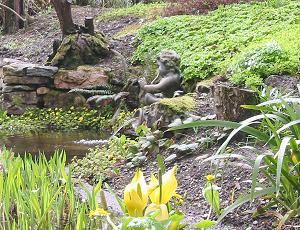 After the war three rather eccentric brothers with far-eastern connections, owned the estate and it is they who layed out and planted the framework of the garden from which current development proceeds.

The strength of that framework has been the dividing of what might have been a rather bland, "four-square" structure into many distinctive "rooms" in the garden. These add enourmously to the interest to be found at Dundonnell.

Developments are continuing, under the expert hand and eye of the current gardener, making this a stimulating garden to visit. 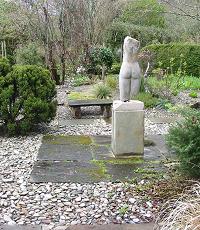 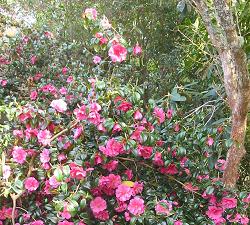 The garden at Dundonnell House is not generally open to the public. It opens like many other gardens in Scotland, for charity, on specific dates which are advertised in the Scotland's Gardens booklet.